I'm aware that this code could mean that your cat is failing or that something up or down the line has a problem as well. Rather than throw a bunch of money or parts at it, I tried what I had seen recommended from someone else - a product called "Cataclean". It was pricey for a 16oz bottle (something like $27 at AutoZone) but certainly way cheaper than a new OEM cat for $600! Basically, you pour it into your gas tank at 1/4 capacity, drive for 15+ miles, refill, clear the code and see if it worked.

I poured it, drove for about 25 miles and the light had already turned off before I even got a chance to fill the tank and clear! Success? You could say that "your light was intermittent and was going to turn off on its own" but the fact that it turned off pretty much immediately after using it leads me to believe that it worked.

I'll keep this thread updated to let you guys know if the code stays away. But initial observation - This is my preferred $30 solution for catalytic converter codes! 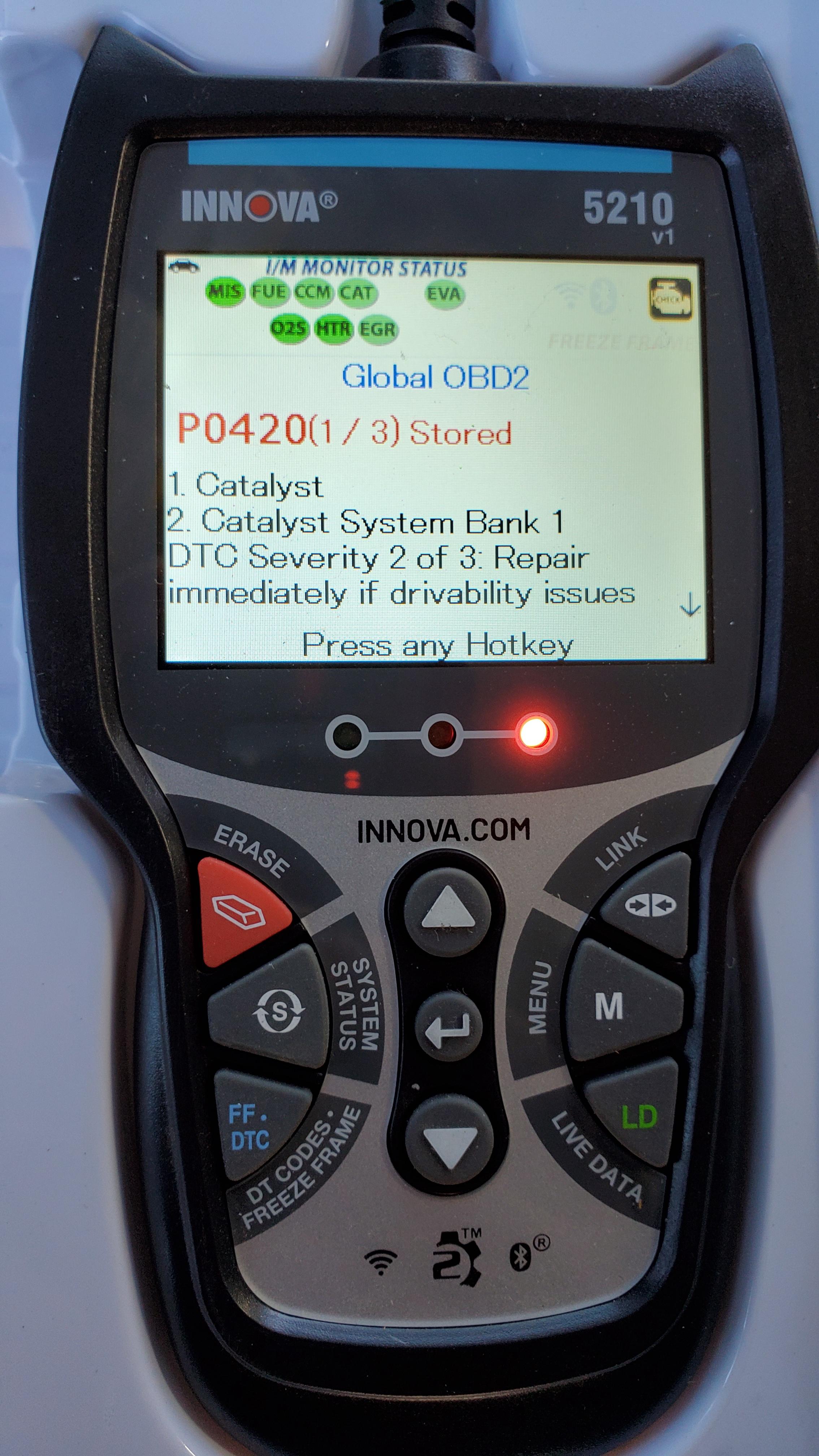 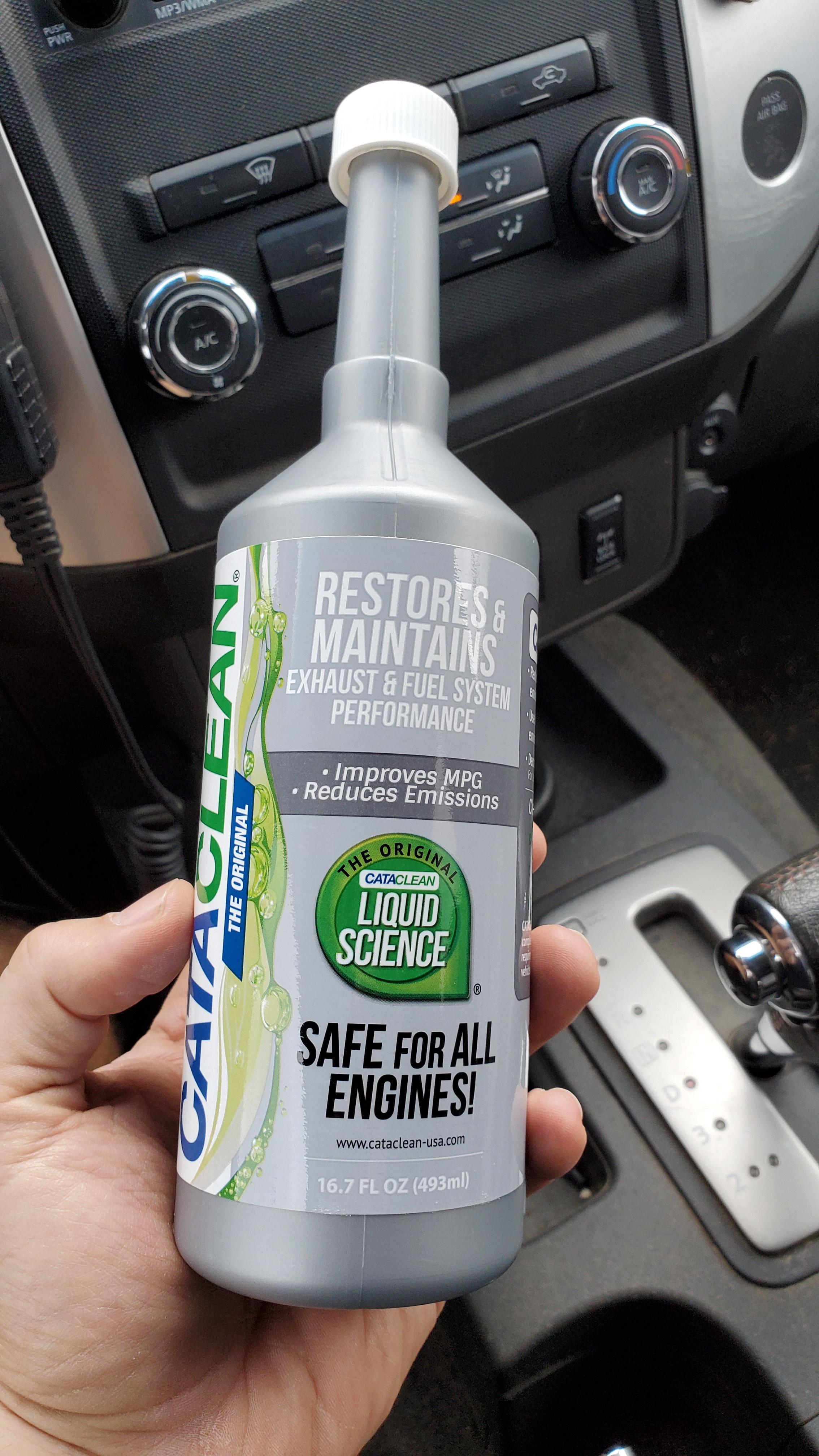 Per the SDS it's a blend of four solvents. I wonder if there's anything else in there that's not listed.

Pretty good profit margin if that's all that's in there, but if it works, great! Please keep us updated.

Have you noticed any change in performance or MPG since you did this?

Used to put xylene in the tank back in the day just as an octane booster. It was cheaper than buying premium gas. Haha

Please keep us posted on the progress for this. I'm over 150k and I know cats will start fouling sometime soon.

FishCannon said:
Have you noticed any change in performance or MPG since you did this?
Click to expand...

Hard to tell. It's winter and I'm in 4wd and on mountain passes a lot. I can't imagine it really does more than 0.25mpg though... so much other crap on my X holding it back lol

@Prime still promising so far. No Service Engine Soon light in the last 20 days. It would have come on by now otherwise
Last edited: Jan 25, 2021

I have heard good things about Cataclean. It is available in a 2-pack from amazon.CA for C$80. A bit pricey indeed.

Dura Lube Severe Catalytic & Exhaust Treatment is available locally for C$20/bottle. Any experience with that product? I requested the SDS from the company.

For the curious, the Dura Lube Catalytic Cleaner SDS is attached. Component percentages are not supplied.

RIP, was fun while it lasted 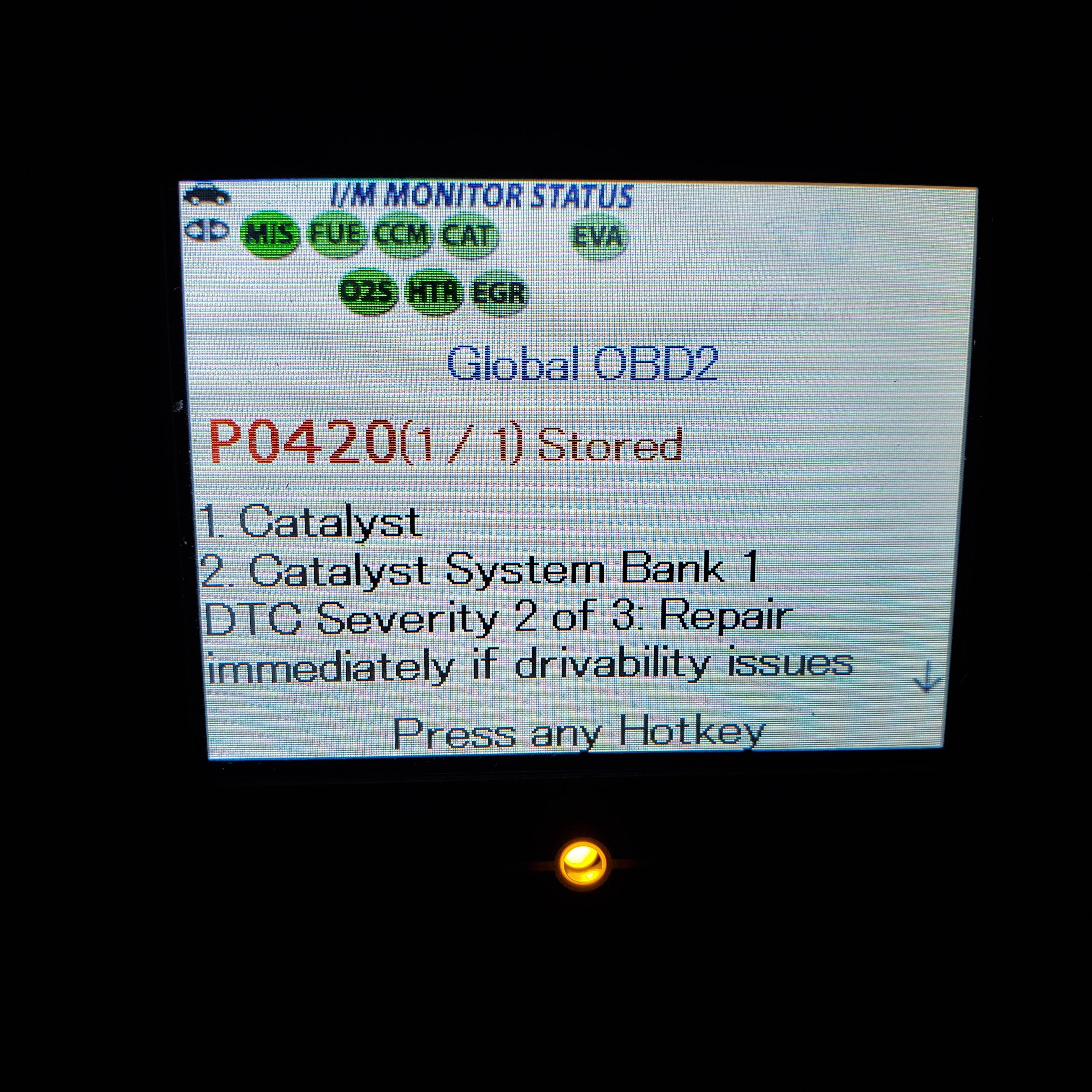 Noooooo. I had such hope.

That's too bad, sorry to hear it.

Thanks for updating the thread even if it wasn't great news.

BTW I forgot to mention another update:

That light only came back on for one or two drives. Now it has been off since. That's going on close to a month light-free without me doing anything. Not to make it more complicated.... Lol
P

So has the Cataclean worked ???

Pyrrhus17 said:
So has the Cataclean worked ???
Click to expand...

Had the same issue with my 2006 Frontier a couple years back. In short before you dump $$$ into cats change your spark plugs if you have not done that. Go with the stock NGK and do NOT attempt to check gap you can scratch the coating on the plug and mess it up. Don't ask me how I know this.

You can change the plugs without taking of the plunum (sp) but a couple of them are a pain. Just try it before spending big money since at 103 k it is due anyway.

Follow-up. I tried 3 applications of catalytic cleaner hoping for slightly restored performance while I figured out what to do about the primary cats.

Going forward, I will not buy again and will switch out the primary cats sooner.

westslope said:
Follow-up. I tried 3 applications of catalytic cleaner hoping for slightly restored performance while I figured out what to do about the primary cats.

Going forward, I will not buy again and will switch out the primary cats sooner.
Click to expand...

Yep. Seems like a temp fix at best. I'd save your money.